Blackmagic Design has announced that the final release of DaVinci Resolve 12.5, its professional editing and color correction software, is now available for download from the Blackmagic Design website.

DaVinci Resolve 12.5 is a massive update with over 1,000 enhancements and 250 new features which includes major additions to the editing toolset, new and enhanced color features, including improved HDR support, and powerful new effects.

DaVinci Resolve 12.5 is designed to make it easier for professional editors and colorists to work faster and have more creative options than ever before. With millions of editors now switching to DaVinci Resolve, Blackmagic Design engineers have been gathering feedback from customers and adding the features theyve asked for.

DaVinci Resolve 12.5 adds dozens of new editing and trimming features such as new swap and shuffle edits, seven entirely new trim operations including head and tail trimming, ripple cut and paste insert commands, an expanded edit overlay with ripple overwrites, append edits, and much more. In addition, timeline performance has been greatly improved and editors can use native or optimized media files so editing is faster than ever before. The new cinema viewer option plays video full screen, making it easier for customers to preview their cut on laptops or systems with a single display. 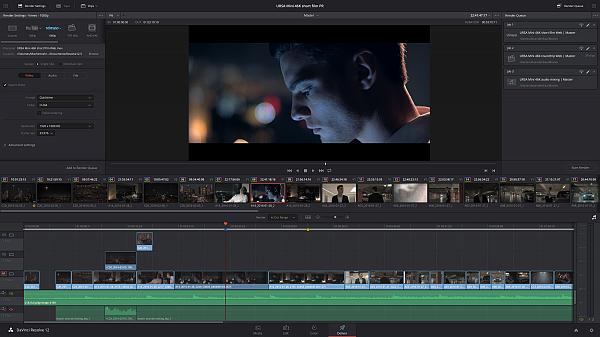 DaVinci Resolve 12.5 also adds dozens of new media management and metadata features that make it easier for both assistants and editors to organize and work with massive amounts of media. A new metadata keyword dictionary makes it easier to choose common or previously created keywords and quickly apply them to clips. Metadata can now also be imported or exported via CSV files. Media pool metadata columns can also be customized and saved, colors can be assigned to specific clips, and markers can now be single frame or durational. Display names, which are used throughout the software, can be automatically created based on metadata tags such as scene, shot and take information, saving editors hours when importing and working with large amounts of footage. New power bins in the media pool allow sharing of content between projects, making them perfect for graphics, stock footage and sound effect or music libraries that are used across multiple projects.

Retime effects in DaVinci Resolve 12.5 have unique new controls for creating custom effects and speed ramps. There are now separate curves for both frame position and playback speed. This allows any frame to be moved to any point in time, while also allowing variable speed changes between any range of frames. These powerful new controls make it easier to create unique retiming effects. 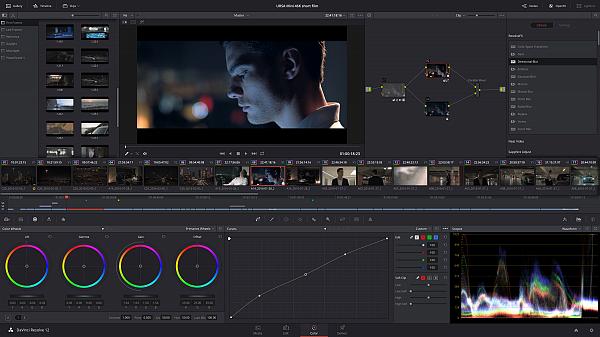 For keyframe animation, the timeline features an integrated curve editor that has been improved so customers can now select, move, and edit groups of multiple keyframes at the same time. There are also new visual controls for adding or selecting keyframes, as well as a menu for selecting specific parameters and curves to edit. In addition, there is a new dynamic zoom feature that lets editors quickly reframe and pan shots, new transitions and the ability to edit multiple transitions simultaneously and save favorites as presets.

For colorists, DaVinci Resolve 12.5 introduces major enhancements to the node editor so now its possible to quickly navigate between nodes, swap nodes, select multiple nodes with a lasso, copy node contents, extract nodes, use embedded alpha channels in mattes and more. When dragging a saved grade from the gallery, customers now have the option to drag the grade in as a single compound node, or as a fully expanded node tree. These changes allow professional colorists to work even faster, while also making it more intuitive for video editors that are learning how to use Da Vinci Resolves massive set of color correction tools. In addition, there is a new single point tracker, new temperature and tint sliders have been added to the primary grading controls, additional XRite Colorchecker charts are now supported in the color match palette, and customers can now select and modify multiple control points at the same time when working with power curve windows.

For more advanced visual effects work, the new Fusion Connect feature lets customers send clips to Fusion for additional visual effects. Fusion is Blackmagic Designs advanced node based 3D compositing, visual effects and motion graphics software. When scenes are rendered out of Fusion, they automatically replace the clips on Resolves timeline. As effect shots are completed, the Fusion Connect clips in the DaVinci Resolve timeline can be refreshed to show the most current version of the shot. 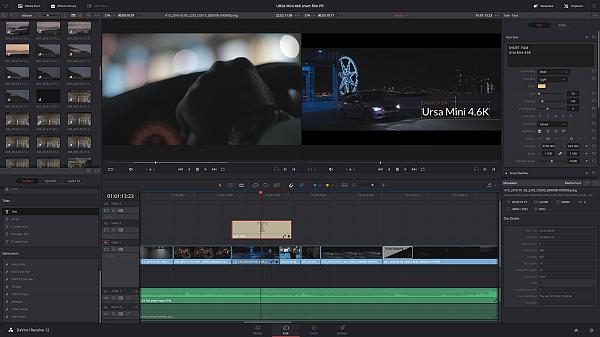 The deliver page has been completely redesigned so now its easier to find presets, customize render settings and organize jobs. The new icon browser lets customers see and select output presets which include a new Premiere Pro export, along with presets for ProTools, Avid, Final Cut Pro, Vimeo, YouTube and more. In addition, audio can now be output independently of video as single or multichannel files, and clips can be exported with an alpha channel when using supported codecs such as ProRes 4444, ProRes 4444 XQ and uncompressed RGBA.

With cameras such as Blackmagic Designs URSA Mini 4.6K that already shoot with the latitude needed for HDR work, DaVinci Resolve 12 has already been used to grade more HDR content than any other system. DaVinci Resolve 12.5 Studio now includes major advances in HDR grading controls. Specific nodes can be set to HDR mode which enables the grading tools in Resolve to work in an extended dynamic range especially designed for HDR deliverables such as Dolby Vision and HDR10. In addition, caching formats such as ProRes 4444 XQ and DNxHR now support extended dynamic range, which makes them an efficient storage alternative to uncompressed 16-bit float files. These enhancements mean Blackmagic Design is the only company that offers a complete end to end HDR workflow from on set production to post production.

The public beta of DaVinci Resolve 12.5 has been our most successful ever! Weve had more downloads than any other version, said Grant Petty, CEO, Blackmagic Design. Weve been listening to the feedback and have worked really hard to add features that make a difference to the pros that use it everyday, that make it easier for new users to learn, and that make it truly unique. Massive numbers of editors are switching to DaVinci Resolve because it combines professional editing and grading in an innovative way that lets customers do things they simply cant do in any other editor! 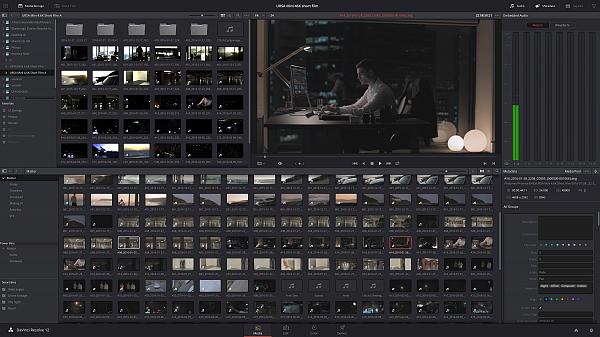