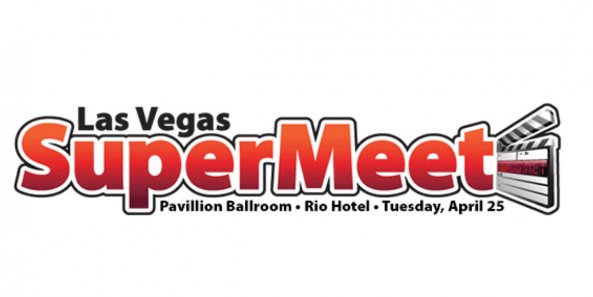 >> The Sixteenth Annual Las Vegas SuperMeet will take place on Tuesday, April 25 2017 in the Pavilion Ballroom at the Rio Hotel in Las Vegas. Doors open at 4:30PM with the SuperMeet Digital Showcase featuring 20 software and hardware developers. SuperMeet Presentations will begin at 7:00PM and continue until 11:00PM.

Register now for the SuperMeet at the link below to save $5.00 on admission.

A native of Santa Monica, California, Dorn graduated from Hollywood High School, then worked as a production assistant on John Carpenters Emmy and Golden Globe nominated TV biopic, Elvis, with Kurt Russell in the title role, before dividing her time between picture and sound editing at the outset of her career.

She began a long-term association with director Alan Rudolph, working first as an assistant picture editor on his 1980 comedy Roadie and his 1982 thriller, Endangered Species. She next segued into the role of Supervising Sound Editor on a quartet of projects with Rudolph — The Moderns, Choose Me, Trouble in Mind, and Made in Heaven.

Throughout the 1980s, she continued in the sound arena, with additional supervisory and sound editing credits that include (Supervising Sound Editor) The Big Picture, State of Grace, Powwow Highway, (Sound Editor) Silverado, The Big Chill, Mrs. Soffel, Racing with the Moon, The Big Easy and Children of a Lesser God. Dorn started the sound company Sonic Kitchen in 1989 with Sound designer/composer Blake Leyh, and, in 1990, won a Golden Reel Award for Best Sound from the Motion Picture Sound Editors society for James Camerons sci-fi epic, The Abyss.

In 1991, Dorn moved into picture editing on the experimental interactive movie Murderous Decisions for European television directed by Oliver Hirschbiegel. Continuing to edit award winning shorts and documentaries, her work was next on display in two films at the 1999 Sundance Film Festivals Dramatic Competition — Treasure Island and Guinevere, starring Stephen Rae and Sarah Polley, marking the feature directorial debut of screenwriter Audrey Wells (The Truth About Cats and Dogs.) Dorns diverse career also includes Sick: The Life and Death of Bob Flanagan, Supermasochist, a documentary by Kirby Dick which was honored with a Special Jury Prize at the 1997 Sundance Film Festival and with the Best Film prize at that years L.A. Independent Film Festival.

Following her triumphant work on 2000s Memento, Dorn reunited with filmmaker Nolan on his next feature project, the thriller Insomnia, for which she earned a Satellite Award nomination for Best Editing. She then began a collaboration with Ridley Scott, editing his next three films — Matchstick Men, Kingdom of Heaven and A Good Year.